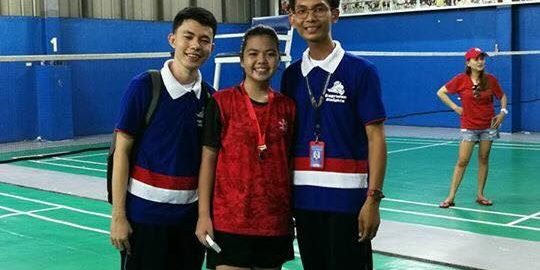 Bernardo, Tuason and Abad will advance in the BulPriSA Provincial Meet this coming October.

Bernardo escaped a three-setter affair against Marian College’s Aljean Flores, 21-16,20-21, while Tuason-Abad duo dominantly ended the match against St Jean de Baptiste Academy’s Bryan Ramos and Matrix Salonga, 21-6,21-9 that gave them the ticket to the next phase.

Paolo Cruz made his way to the Final Four round but he was outplayed by NCBA, and SMCB’s Martin Principio, 9-21,8-21, which ended his campaign with 4th place.

Grade 7 participant Nathan Jarobel went short in reaching the Final Four round after Marian College’s EJ Acuña outscored him, 18-21,20-21, which gave him a 5th place finish.